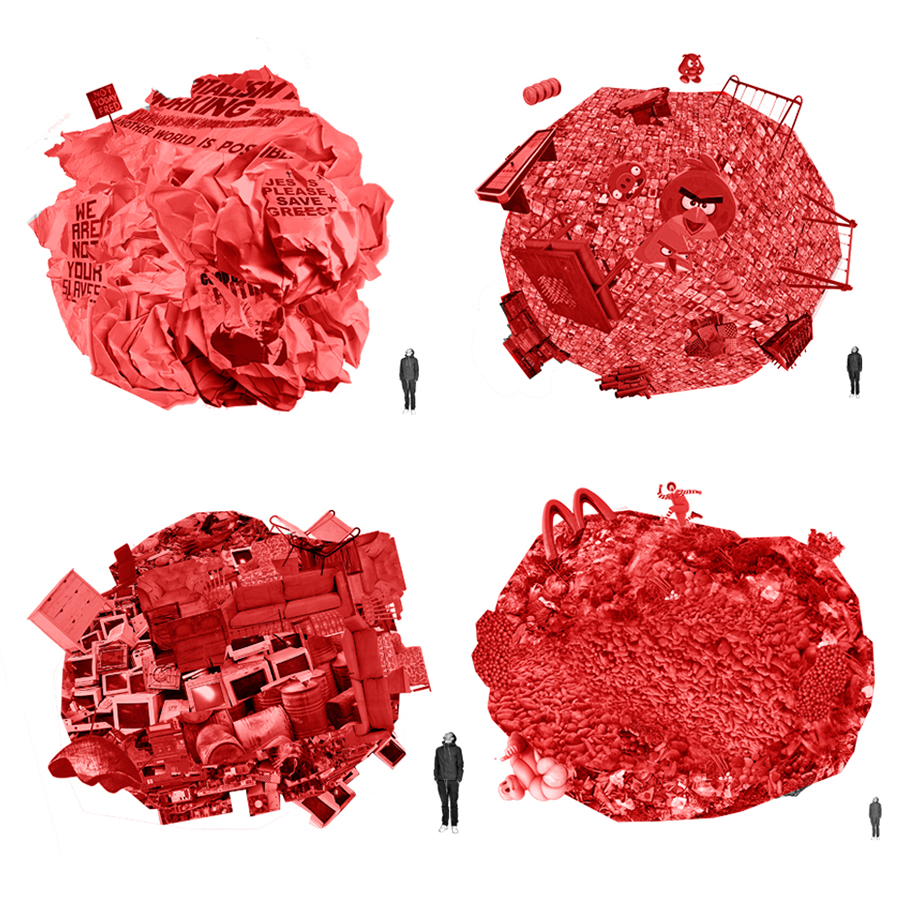 Public space has been commonly presented as a metaphor for a political space, a space where struggle happens, where differences raise and conflicts emerge. This project builds that metaphor. A physical representation – even a physical joke – of a political space. A place for conflict.

When Habermas proposes The Public Sphere, he envisions “a discursive space in which individuals and groups congregate to discuss matters of mutual interest and, where possible, to reach a common judgment” (Hauser 1998). Such vision considers that this space is an ideally inclusive and consensual space for mediation between the “private sphere” and the State. A common place where everyone can access and discuss public affairs.

Yet, critics of that position – from postmodernists to feminists – have underlined that “the” public sphere overlooks multiplicity and, more importantly, conflict.

Current socio-technical approaches to publicness draw on Dewey´s pragmatist perspective of the public. For Dewey, “a” public –not “the” public – is ‘a set of actors jointly affected by a problem[..] who organize into a public to ensure that the problem is addressed’. For us public space is constituted by a multiplicity of such publics, publics that are constituted by issues and networks of affection.

Our project proposes a number of public spheres (in plural) in order to underline the importance of taking into account the multicity of positions. These public spheres bundle affected actors around specific issues and conflicts. In order to ‘ensure the problem is addressed’, these public spheres move through the city, movement that happens not avoiding conflict but inhabiting it.

The ultimate intention of the project is to generate discussion. To do so, we propose a call for spheres to be followed by a number of workshops that would end with a physical sphere parading through the city.

Following the steps to define a Public Sphere:

01. Define the issue for the Public Sphere.

04. Look for the places where the discussion could emerge.

05. Travel the route considering the obstacles that it will block the Public Sphere’s crossing.

06. Problematise the dimensions of the Public Sphere with the specific purpose of taking the conflicting route to its limits.

07. Organise the artefacts that will help the Public Sphere to overcome obstacles.

09. Continue defining other Public Sphere(s). Define their routes so that whenever they cross their paths the multiplicity of the Public Spheres will be celebrated.