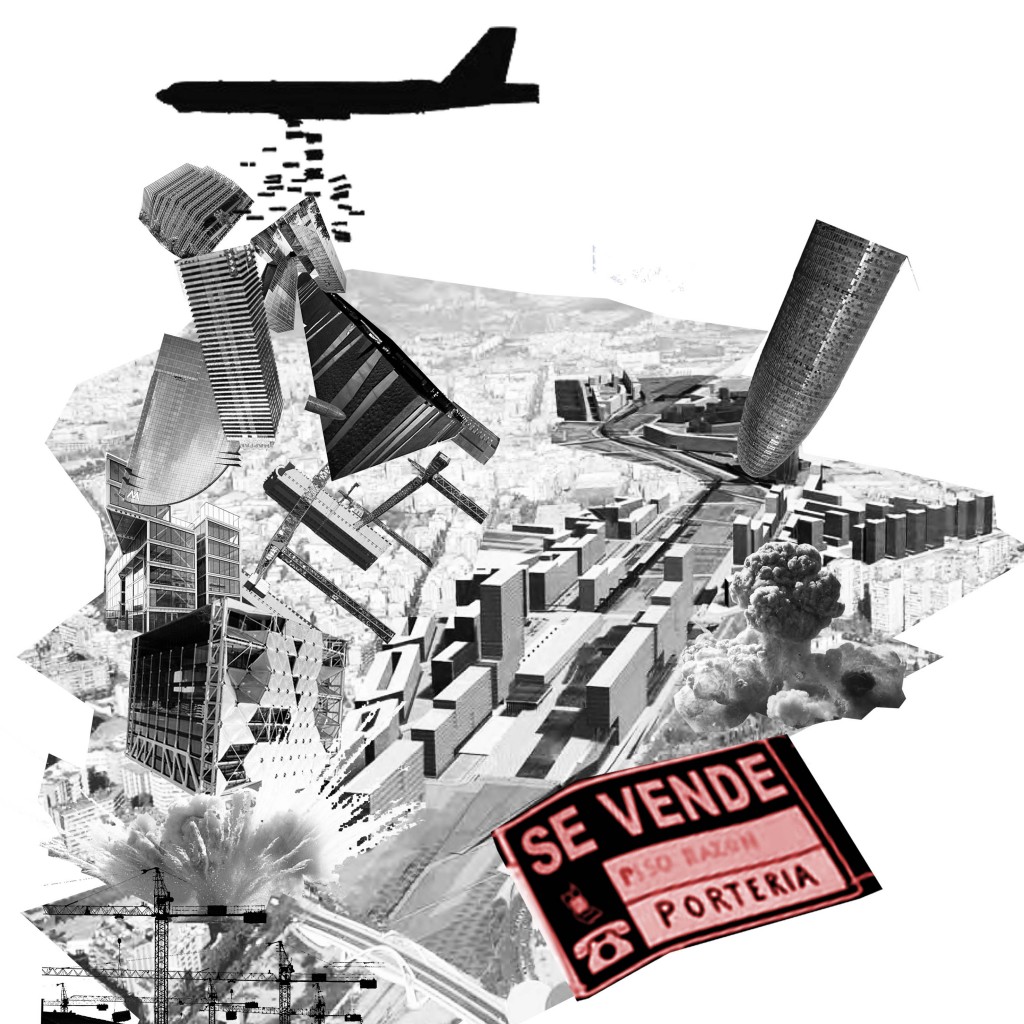 The position of the Plan Sagrera should be confronted with the urban rhythms that Barcelona can currently face, namely, a situation of socio-economic emergency.

Our project, rather than building new housing, proposes smaller cycles of investment, both reduced in sum and time frame, to build the set of foundations with which the city could react and recuperate from the current crisis.